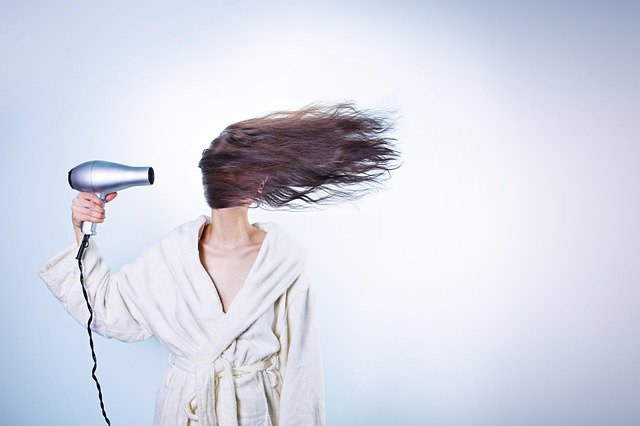 Ten shocking facts about hairdryers which we all should know are mentioned in this article. Let’s give it a read.

Before hairdryers came into existence, vacuum cleaners were used to dry hair. Later in the 1890s, Alexander Godefroy felt the need for a new version of the hairdryer. He thought it would be great to create it and then, he used it in his own salon for the first time in France.

Household hairdryer came in the market in 1915. Initially, the normal weight of the dryer was about 2 pounds. However, the first model was energy-efficient yet it took way longer to dry hair. Majorly because it was consuming up to 100 watts of energy. Today, the normal dryer consumes up to 2000 watts of energy which has lessened time consumption immensely.

Since inception, the design and mechanism of hair dryers have remained the same. But companies have tried hard to reduce their weight using plastic body instead of metal. The designs differentiate from brand to brand. This practice has been carried out in order to compete in the market. Also, this allows different sizes and shapes which makes dryers more interesting and prettier.

The death rate by hairdryer has reduced to the negligible amount by the year 2020. Although in the early days the handheld hair dryer caused a considerable amount of deaths due to its design. As per CPSC, the death rate came to 1 from 91 starting from 1984 to 2004.

As we all know that hair dryer is mainly used to dry and style hair. What we don’t know is that it can be used in many other ways.

A hairdryer is so effective that it easily kills hair lice and nits. The standard hair blower which is used at home normally kills about 96.7% of lice eggs. But a certain technique has to be applied in order to get to rid of lice and nits. To get quick result professionals have recommended using a hairdryer repeatedly. So much so that the new cycle of lice is completely removed.

Normally the life of a hairdryer is recorded between 200 to 300 hours. But again, it depends on the type and brand or company you rely on. Individuals who use a hairdryer regularly can keep a dryer working well up to 2 years.

If the performance of the hairdryer is weak or it stops working, it is better to stop using it for a while. You don’t need to throw it away! The reason behind this is that normally hairdryers need inside cleaning of the screen, vents or filter. It is obviously because there may be dirt or dust inside its parts. Definitely, it brings some kind of concerns in the use but it is still useable.

In Florida, USA, women can get fined if they are found asleep under a hairdryer. It can be any person whether a salon owner or a worker.

According to studies, women spent a total of 13,500 hours in one year. This includes brushing, curling, cutting, washing, drying or straightening. Most of these facts are not known to people. Now that you are aware of them.

Essential Information about a Wedding Stylist when Planning a Wedding

Unbelievable Benefits of Honey for a Healthy Life