You are here: Home / Archives for Edinburgh: Capital City of Scotland 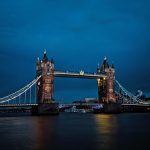 With millions of travellers heading to and around the UK every year, we would love to know and explore what places they were visiting the most. Often, we’d expect London to have a high place on the list and, Edinburgh, coming in at number two is not much of a surprise either.  Most-Visited Cities in the UK London: World’s Best-Known City  You can plan a trip to the UK … END_OF_DOCUMENT_TOKEN_TO_BE_REPLACED