You are here: Home / Travel / 10 Touristy Things to See and Do in Dongcheng, Beijing 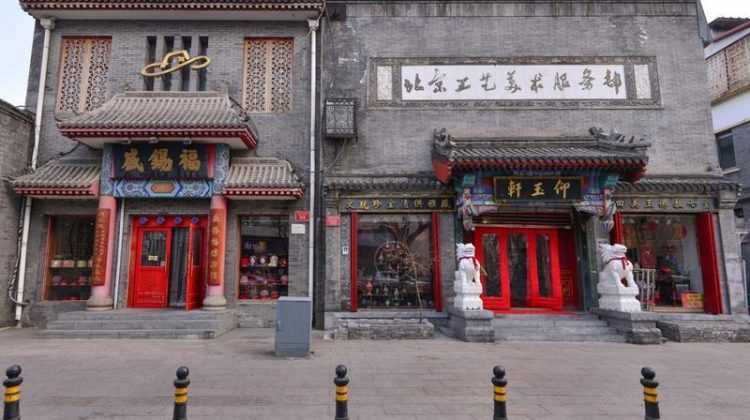 The Dongcheng District covers the eastern half of Beijing and is home to many of China’s leading cultural sites. This eastern city district is vibrant with historic places like the Forbidden City and the Confucius Temple. If you are a history buff, your days will be packed with things to see and do in Dongcheng.

Touristy Things to See and Do in Dongcheng | Temple

Venture on a Spiritual Journey to These Temples in Dongcheng

If you are visiting China, these temples should be on the list of things to see and do in Dongcheng. This district is full of beautifully constructed temples that will give you a better understanding of China’s spirituality. Among the temples in Dongcheng, two of them stand out; Lama Temple and Confucius Temple.

This Temple began as the home for China’s royalty but renovated into a monastery in the 18th century. Famously called the Palace of Peace and Harmony, this Temple is a peaceful and calm oasis in the heart of the City.

Take a morning or afternoon to tour the entire monastery and don’t miss the 26-meter sandalwood Buddha statue set up in the Pavilion of the Ten Thousand Happiness.

Remember, one of the essential things to see and do in Dongcheng is the ancient Touch Evil Cypress tree. Running its traditional roots inside the Temple, this tree believed to know the difference between good and evil. The legend shows that this ancient tree would knock the hat off of corrupt officials.

Bell and Drum Towers: The Sound Of History

These two historic towers are one of Beijing’s most significant landmarks, making this visit one of the essential things to see and do in Dongcheng. The Drum Tower painted a grand red and stands at 153 feet high is an architectural wonder. A considerable drum called the Night Watchman’s drum beaten a total of 108 times. So plan your tour in such a way to not miss the periodic drumming performance.

Next, climb the steep stairs of the Bell Tower, which stands a little taller than the Drum Tower at 157 feet. This brick and stone tower has a weathered facade giving it an older look than its sister tower. However, both towers share the same history and age. As the name suggests, this tower features the most significant and most massive bell in all of China.

Observe Where Astronomy Began at the Beijing Ancient Observatory

The world that served as the national observatory during the Ming and Qing Dynasties. Built back in 1442, this observatory is known to date for its delicate instruments and integrated construction. The well-preserved devices are what allow this observatory to enjoy an excellent international reputation. People from all over the world venture out to see these ancient tools that paved the way for modern astronomy.

Explore the Heritage of the Forbidden City

This historic site occupies a total of 180 acres and has 800 buildings with over 9000 rooms. You could spend days venturing through this ancient city, but a few hours will do the trick as well.

The main things to see at the City include the Gate of Heavenly Peace, the Hall of Supreme Harmony, and the Hall of Clocks. The Forbidden City filled with historic structures that will educate you on China’s heritage.

Traveling is a time to relax and be enlightened by new and beautiful things. However, finding the right and reasonable flight to travel can be painstaking. So, why not let iEagle do the work? It will give you a curated list of airlines to book cheap flight tickets.