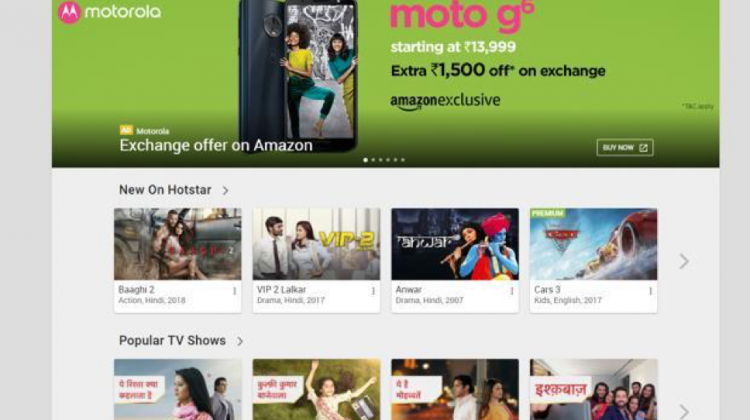 Hotstar is one of the streaming services that offer a wide range of content and it has become the one destination for video consumption of various consumers. The platform has virtually everything, movies, TV shows, News, and sports streaming.

There is a huge range of TV shows with full-length episodes. It is quite an experience to watch your favorite shows without having to open up various websites and stream the episodes one by one. The platform is designed to provide you with the experience that you need and the episodes and movies are available in various regional languages so that you do not have to face any language barriers.

There are some facts and statistics that help Hotstar stand out from the rest of the platforms. These are mentioned below:

Like many other advertising platforms, Hotstar provides many targeting options which the advertisers can use in order to reach a more potential audience. Following are the various options that Hotstar provides in terms of targeting specific audiences:

In order to reach the best possible audience. These include:

There are two main ad formats on Hotstar; Image and Carousel.

The placements for the image ads are as follows:

YouTube Ads Vs Hotstar Ads- Which Should You Choose?

YouTube displays advertisements based on the interests of the people while Hotstar does so based on the behaviour of the audience. The former allows the retargeting of the audience but only for website visitors. The latter, on the other hand, allows the retargeting only for the people who are ad viewers on the platform. YouTube allows for long video ads while the maximum ad length for Hotstar is only one minute.

YouTube has no control over brand safety while Hotstar can assure you that the advertisements will be displayed only on high quality and authentically curated content. YouTube is open to all and people post all sorts of videos, and you might even see the advertisement for your business shown at the most inappropriate videos on the platform. However, things are different with Hotstar and the content is carefully selected by the people over at the company to ensure that their viewers have a great time on the platform.

You should take your time understanding what kind of audience you want viewing your advertisements and based on that, you should choose between the two platforms.