You are here: Home / Entertainment / Extraction | One of the Finest Hollywood Movie 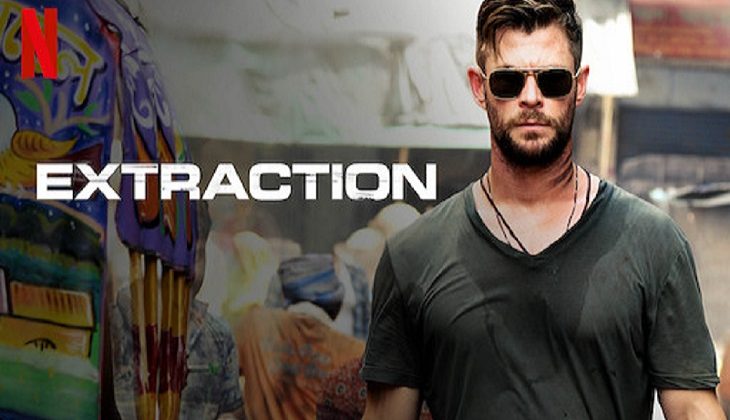 Extraction is one of the latest Indian movies released in April 2020. This is a gift from Sam Hargrave to the audience Hindi movies with action & One of the Finest Hollywood movies.

One of the Finest Hollywood Movie

No, it’s not wholly Hindi movie the language used in English, but it is entirely shot in India. Some of the parts of this Hollywood movie has shot in Thailand. Here we go, Finest Hollywood Movie.

Tyler Rake, who is presently a hired soldier and was an ex SARS operator, is sent to salvage the son of India’s most wanted crime mafia, Ovi Mahajan Sr. Ovi ‘s was grabbed by his dad’s opponent Drug ruler of Bangladesh named Amir Asif. When Ovi was extracted from Dhaka, the dealing party who was responsible for paying money to Rake refused with arrogance. On the other side, Mr. Saju Rav, who was a former Para Commando, was sent to extract the kid so that Ovi has not to pay the money to the mercenary.

All the exit points after the extraction are sealed, and also the rescue team of Rake was also killed. However, at last, after a lot of hustle, Tyler, with the help of Saju, made it to Mumbai(India) with Ovi being safe.

Extraction is an American Movie, but it was released in India in Three languages that are Hindi, Bengali, and English.  It has a mix of Bollywood and Hollywood celebrities working together to pull out a great picture.

Some of the celebrities who were the center of focus were:-

You haven’t seen it yet, and then this can be a massive entertainment for you. After watching Chris in Avenger Endgame, it has been a while we have seen an action movie about him. The best thing about this movie that the plot is from India. The trailer had told pretty much about it, but if you watch it, then you will going to shock with the details used in this project.

Final Line | One of the Finest Hollywood Movie

Two major stars of the movie Chris Hemsworth and Randeep Hooda, congratulated the whole crew of Extraction on twitter after reaching the pinnacle mark of a most-watched movie on Netflix.